​Learning from Dead People: ​5 Quotes From Historic Figures That Changed My Life

​Just because some of history’s greatest thinkers have gone it doesn’t mean their ideas have died with them. Taking Mahatma Gandhi’s advice (number 3), I have found inspiration for living from many a deceased wise man and regularly apply them to life.
​ 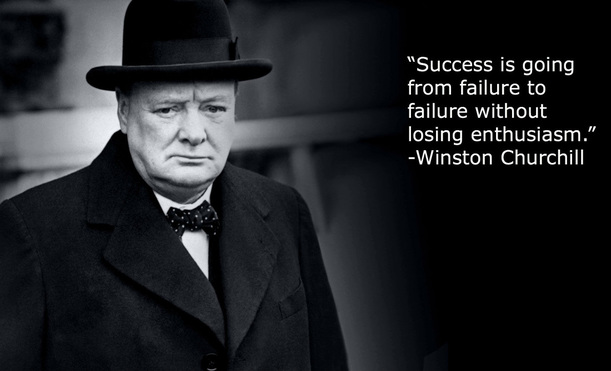 ​5. "Success is going from failure to failure without losing enthusiasm."
- Winston Churchill

I’m an avid reader of WWII, and was a little taken aback when I came across this quote from the former British Prime Minister as it spoke quite clearly to me. When I was younger a failure would usually signal the end of any endeavour, but when I read this it taught me that failures were but bumps in the road to success, they aren’t ever the end destination. Why didn’t anyone ever teach me that sooner? D’oh!

​While, naturally, I still feel a little bit down about failures on the rare occasions they occur, these days they never hold any long-term power over me thanks to Churchill’s advice.
​ 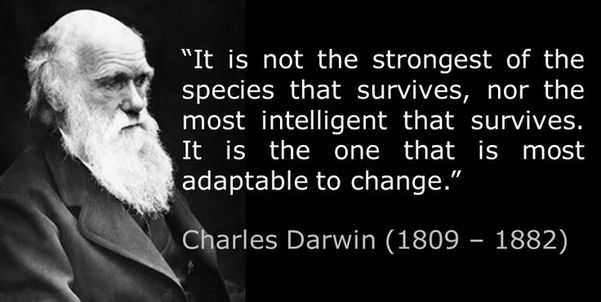 ​4. "It is not the strongest of the species that survives, nor the most intelligent... it is the one that is  adaptable to change."
- Charles Darwin
​
Darwin’s words are a firm, scientifically factual, reminder that we need to be open and willing to adapt. In many aspects of my life I can be quite conservative and content to remain comfortable, even though I know that eventually it will lead to feeling in a rut. This quote helps give me the kick in the arse I need to try new things and pursue new avenues of success, even if they are not immediately necessary.
​

​3.  "Live as if you were to die tomorrow. Learn as if you were to live forever."
- Mahatma Gandhi
​
Although I have difficulty retaining it all, I love to learn new things and apply it the utmost importance in life, and I’m glad the ever popular wise man Gandhi agrees with me. To some degree however, this quote actually makes me feel a bit sad, as knowing that we will not in fact live forever and therefore lose all the knowledge we have worked hard to gain (at least from our own, unique perspective) is a reminder that life is but a brief candle, a point re-enforced by the first part of his statement.
​

Often in life I have found myself without the finances or resources for a project and thought of giving up, but then Ashe pops into mind. Use what you have, do what you can. You can’t afford to produce a movie? Then pick up your pen, write the script anyway. Pick up a microphone and make it an audio play instead. Do what you can with what you have and see where it leads from there.
​
Not a fan of sport, I’d normally be loath to admit a sportsman had said something that helped guide my life, but the late tennis ace Arthur Ashe is the exception. Going against the grain of competitive sports philosophy he also said that ‘true heroism is remarkably sober, very undramatic. It is not the urge to surpass all others at whatever cost, but the urge to serve others at whatever cost’, flying in the face of dog-eat-dog ideas of competition, unless of course he was talking about a tennis serve…
​

​1. “Believe those who are seeking the truth. Doubt those who find it.”
- André Gide

I have yet to meet anyone in life who has an over-riding answer for everything. That’s because life is too fluidic and does not lend itself to such a concept. Of course this doesn’t stop some people from trying to convince others they ‘know what is right’, particularly those of a religious bent. For some years now I have been keeping Gide’s words in mind whenever I disagree with anyone else’s view – even when I am sure of being right, it doesn’t necessarily mean I am, because none of us really are.

​(Images courtesy of Quotesgram.com and Izquotes.com)
​