NOT THROWN AWAY: £30 MILLION SPENT ON WELSH FUTURE 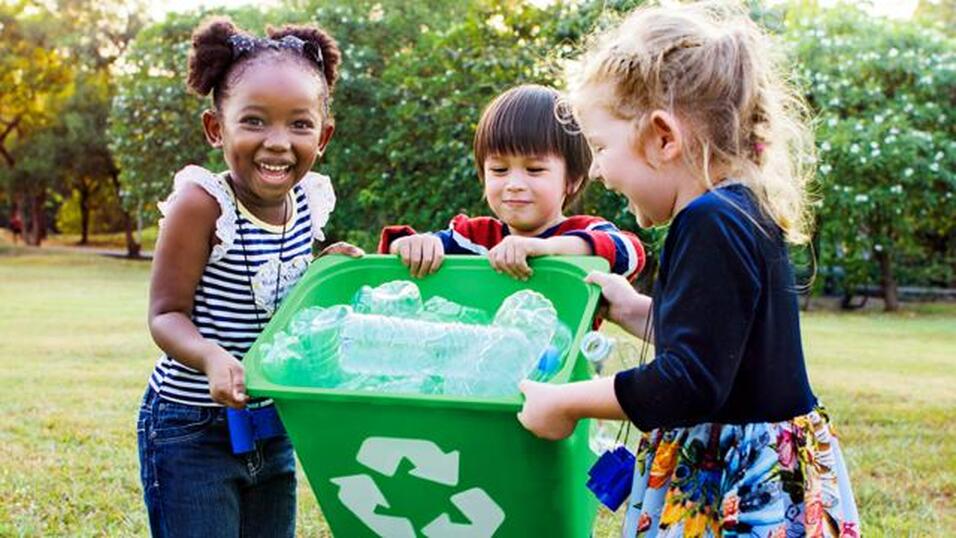 by ​ Bryn Young-Roberts
​The Senior Grant Assessor for the Welsh Strategic Recycling Scheme has exclusively revealed that he is confident targets will be met. Spending almost £30 million has created nearly 200 jobs and recycled over 100,000 tonnes of waste. However a senior police officer demands more is done. ​
​
Images are stock photos for illustrative purposes only.​
The Senior Grant Assessor in charge of budgeting recycling projects throughout Wales has finally completed his assessment for the 2004 - 2008 period. Aled Roberts has exclusively told The Refined Cowboy that “I finished the four year assessment two days ago, and I am very happy with what we have achieved”. Since beginning his assessment duties in September 2004 for Wales Council for Voluntary Action (WCVA), Aled has administered a plethora of recycling projects all over Wales.

​“WCVA are the main administrators of the Strategic Recycling Scheme (SRS), which is about developing small scale recycling projects for small to medium sized community groups, but it is also partly overseen by the Welsh Assembly government, Welsh Local Government Association (WLGA), and Cylch, the Environment Agency Wales.”

The SRS was created in early 2004 after a report by the European Union identified Wales as having one of the poorest recycling rates. This led to the ‘Wise About Waste’ document by the Welsh Assembly, which was “the preparation for the development of a strategic recycling programme that would take Wales up to 2010, and one of the schemes recommended by this report was the creation of the SRS”. The £28 million SRS project is “part funded by the European Union and the Welsh Assembly government and also involves the same partners as the Clean Stream project,” says Aled, “which was a previously successful project largely funded by the Lottery”.

The ‘Wise About Waste’ report has demanded that at least 40% of all material collected has to be recycled or composted by 2010, and is supported by the European Landfill Directive. Failure to meet the target results in large fines to local authorities for every tonne not diverted from landfill. As the scheme now draws to a close, over 100,000 tonnes of waste has been recycled or re-used, but the full output and target-meeting estimates will not be known until June.

“The SRS consists of Local Authorities, community groups and private sector organisations in order to achieve our goals” explains Aled, of Llangefni, Anglesey. “Private sector organisations typically include Verdant and Biffa, who were local council’s waste disposal contractors, and they used funds towards the purchase of capital equipment, construction, vehicles and staff. They are vital in obtaining our goals as we have a deadline to meet”.
​
Since its inception the organisation has been responsible for funding the setting up of alternate weekly collections of recyclable material such as paper and tins. “The kids love the fact that we recycle,” says Caryl Roberts, a mother of four in Tregarth, “the local council has provided us with blue boxes and the children enjoy sorting out the rubbish to their correct boxes ready for collection. It has become a regular part of family life, and we all feel better for it knowing that we are doing our bit for the environment.”

​The creation of the boxes was funded by a grant, provided by the WCVA. These boxes are then collected by a specialist caged kerbside vehicle, which have separate compartments for the various types of materials.

“The following week, the older type of collection then collects any non-recyclable items” says Aled, “and in theory this means that there is a lot less waste going to landfill”. But the weekly collections are only one aspect of WCVA’s attempt to integrate recycling into everyday Welsh life. “We have also supported the Real Nappy Scheme, which has developed cotton nappies with special inserts, which can be washed and re-used”.

“In addition to the specialist collections of kitchen waste, garden waste, and the encouragement of home composting, we have supported the collection, repair and re-use of furniture.” says Aled. The Caergylchu project, based on the Cibyn estate in Caernarfon has proven to be a particularly successful amalgamation of causes. “The Caergylchu project is a partnership with Antur Waunfawr, a well established furniture re-use enterprise allowing people with learning difficulties to become employees and learn valuable trade skills” he explains, “they also operate one of the conveyor systems and sort plastics”. The SRS has so far created over 180 jobs nationwide.
​
But not everyone is impressed with the results. At a recent meeting about the state of Bangor, senior police officer Inspector Garry Jones admitted that not enough had been done to counter the problem of littering and graffiti. The Inspector revealed at the meeting, held at the Quaker Meeting House on February 19th, that his officers would be working in conjunction with the probation service to help clean up Bangor. “This is an unusual police activity” admitted the officer, before going on to blame the local authorities. “The hope is that Gwynedd Council, who are responsible for waste clearance, will rethink their attitude towards this area and improve their service considerably”.

He then went on to attack Gwynedd Council for losing out on £20,000 from parking fines that “could have gone to Gwynedd” to aid in a clean-up of the area, but ended up going to central government instead. His argument is that the money, generated by parking fines since November, was lost due to Gwynedd Council not “resolving the legal issues that are stopping the traffic officers from policing the traffic on the high street”.

There is also further complaint from enthusiastic recyclers such as Caryl and her family who believe more could be done. “It’s great that everyone is being encouraged to recycle” says Caryl, “but I can’t understand why some areas are having more done than others. For instance, just five miles away in Menai Bridge they are taking plastics as well, while we still have to throw ours away”. Aled sympathises with her concern, but is adamant that “We here at the WCVA are only responsible for assisting various projects with funding, and I’m afraid it is still the decision of each district to consider how much they think they can manage”.

However the WCVA is still confident that it has fulfilled its role in making Wales tidier. “I am very confident that we will meet our targets. Not only are we getting results from reducing landfill quantities, but we are also committed to educating people” says Aled. “The Mon Recycling project has one of the first educational buses, which tours Anglesey attending various events and teaching locals, young and old, about the importance of recycling. It even has its own website”. Aled did hint of further projects to come, but “we are keeping them under wraps until August”.
​

Other successful projects instigated by SRS in Wales have included the Newport Waste Savers, which met its targets two years ago, the Rhondda Cynon Taff, the Torfaen Council, and the Powys Zero Waste project.

For more information about where the bus will be stopping next, or to learn about how you can contribute to the environmental well-being of Wales, visit www.Angleseyrecyclingbus.co.uk (Site has been discontinued).
​