LIFE IN POO POND: MY AFGHANISTAN

The Corporal arrived on the four-lane, tree-lined road in Kabul that leads from the U.S. Embassy to the airport. Several cars lay on their side while U.S. Humvees whizzed back and forth. Trees were cracked apart. Five Afghans and one U.S. soldier lay dead. A dozen others lay wounded. A guilty chunk of metal that used to be a mini-van quietly sat at the centre of the chaos. Shattered glass from dozens of shop windows and shards of metal made the scene shimmer under a roasting hot sun. The street was ablaze. An explosion had picked up a U.S. armoured vehicle and thrown it onto two civilian vehicles, crushing the innocents inside.

It was a Saturday morning in Kabul.

​“We get sent to Kabul for the occasional week as bit of a rest from Kandahar, because it’s usually not as intense” explains Jack McAdam, a Corporal with the Royal Air Force Flight Police. “Just my luck I go there the week a suicide bomber decides to take out a U.S. convoy!” The incident occurred not 600 metres from the airport, and the timing had been no coincidence. The suicide bomber had rammed a car into the U.S. convoy to mark the sixth anniversary of the invasion of Afghanistan, setting the street aflame on October sixth. “It’s a road that is used regularly by our boys, and there hadn’t really been many attempts this close to the airport before, so it was bit of a surprise to everyone,” admits Jack, “but to be honest nothing in Afghanistan is all that shocking anymore”.

The 30 year old Scotsman, serving in the Kandahar province of Afghanistan as part of the NATO International Security Assistance Force (ISAF), added “I later heard on the news that apparently it had been a revenge attack against U.S. troops for training the Afghan (military) and police, but that’s just bollocks – the government is always trying to make out that these suicide bombings are isolated incidents with individual motives, but the way we see it, its just part of the regular warfare out here.”

Since arriving in Afghanistan in September, the tall, brown haired ground-crewman has already changed a lot. “This is my first, and hopefully last tour in Afghanistan” says the Corporal, “I’m scheduled for four months, and it’s a dry tour so we cant even have a tipple at the weekend. Since arriving here, I have begun to see the world in a different way. I’ve become more cynical. It’s not at all like life as I knew it before. My wife says I curse a lot more now.”

Since his posting Jack has had to attend the funeral services of many comrades. “It always chokes me up, working at the airport I have to see all the bodies being loaded up on the planes for their return home” he says. “When I first came out here I was surrounded by strangers – I didn’t know a single one of them. But now we are all like best mates, everybody trusts each other with their lives.” Although he has witnessed death, Jack is grateful that “nobody I know really well has been hurt yet.” With the death of Sergeant Lee Johnson last week, the body count is currently at 86.
​
Even his previous posting in the Falklands hadn’t prepared Corporal McAdam for life in Afghanistan. “There was nothing to do there really but sit around and guard equipment. But that’s not what being in the military is about. I knew that sooner or later I would have to go out to dangerous countries and do my job, making a difference. And that’s what I’m proud to be doing.”
​
Its’ “making a difference” that attracted the former Inilithan dairy farmer to the RAF, when at age 22 he decided to exchange milking cows on the family farm, for a life of adventure. “Don’t misunderstand me, I love my family and I’m not ashamed of what they do on the farm or their lives in general. My brother plays rugby for Scotland and I couldn’t be more proud of him, but for me I always wanted more from life. I just need to be doing something different every day. The RAF seemed to be the best way to see the world and yet still feel like I was doing something different and worthwhile.”

Life at his posting in the Kandahar Airport, a former soviet base, is certainly different from his hometown, just south of Edinburgh. Its position as a supplier to the heavy fighting of 7,700 British troops in the Helmand province makes it a prime target for the Taleban. “It rains missiles” explains Jack, “There are constantly missiles being fired at us overhead. We regularly have to hit the deck. When I first got here it used to make me laugh. I don’t know why, just nerves I guess, but we would all be giving each other sly looks across the floor and giggling.” Being fired at has become background noise for the ground crew at Kandahar. “When I went home for five days R&R I couldn’t sleep. I just wasn’t used to it being so quiet!”

The giggling stopped when a missile nearly hit his tent. “I share a tent with ten other guys, four British and six Canadians. We were all asleep one night when we heard the earth crack in two. We got up to see what was going on, and there, about 25 foot from the tent was a crater” But the laughter soon returned. Fortunately nobody had been hurt, and the men used the crater for a Kodak moment.
But no photograph could ever reveal the worst aspect of life on the base; Poo Pond. “Our tent is right next to the sewage system for the base toilets, and every night someone has to stir it. We jokingly refer to it as Poo Pond, but in all seriousness that smell is the hardest part of the job to put up with.” Then he quickly changes his mind, “apart from the lack of troops, equipment, and resources of course.”

Earlier this month the NATO secretary-general claimed that 90% of what had been promised had already been delivered, which doesn’t help boost the moral of the guys working the shop floor. “You have to think more about the future and what you want to do with your life rather than the immediate situation. If you think too much about the present and of the logistics involved then you just get scared and feel hopeless. It’s best not to dwell on it.”
​
A graduate of Holton Academy, Jack was posted to RAF Valley where his regular position remains, along with his place on the local rugby team. Even in Kandahar the 6’1 hulk has to find time to go to the gym to keep in shape. “I go every day.” he confesses.  However his favourite hobbies have been left behind, “What I miss most is golf and my X-box” chuckles the broad-shouldered giant, “Apart from my wife and stepson, Liam, of course.” And his Scottish terrier, Scruffy.

Jack was posted to Afghanistan after barely a year of marriage to Detective Constable Diana Baston. “When I talk to my wife I don’t like to tell her about life here. I just want to know about her life. Stupid little things like if she’s bought a new skirt or discovered a new flavour of tea she likes. I tend to talk about my wife a lot.”

Wife Diana, 33, empathises. “Every time I turn on the TV and see something about Afghanistan my heart stops. But I still think it’s easier for me as I have all my friends and family around, and the police force keeps me busy. I reckon it must be a lot harder on Jack to cope with being apart.” With an allowance of only 20 minutes a week of phone calls, Jack tries to utilise the time to maximum effect.
“I try to call home for a couple of minutes every day, so they know I’m alive and well. But it’s not always possible as some days we’re being bombed so heavily we have to take shelter and can’t get to a phone.”

Diana senses even worse. “I get the feeling sometimes that there is a lot he’s not telling me,” she says, “but then I’m not sure I want to know either.”

His wife has good reason to worry. Stationed at Kandahar Airport, it is Jack’s job to search all people and aircraft for bombs. “I have to search the Afghan military whenever they come onto the base” says Jack, “so far they have proven to be a great bunch of guys – all I ever find on them is wacky-backy!”

More worryingly is when he has to search civilians. “Every weekend we let locals onto the base to hold a jingly market and I have to conduct random searches” This makes the searcher a likely casualty, if he were ever to come across someone who had something to hide. But Jack takes it all in his stride “Nah, I haven’t found anything yet. The worst part of market day is the smell of camel shit!” 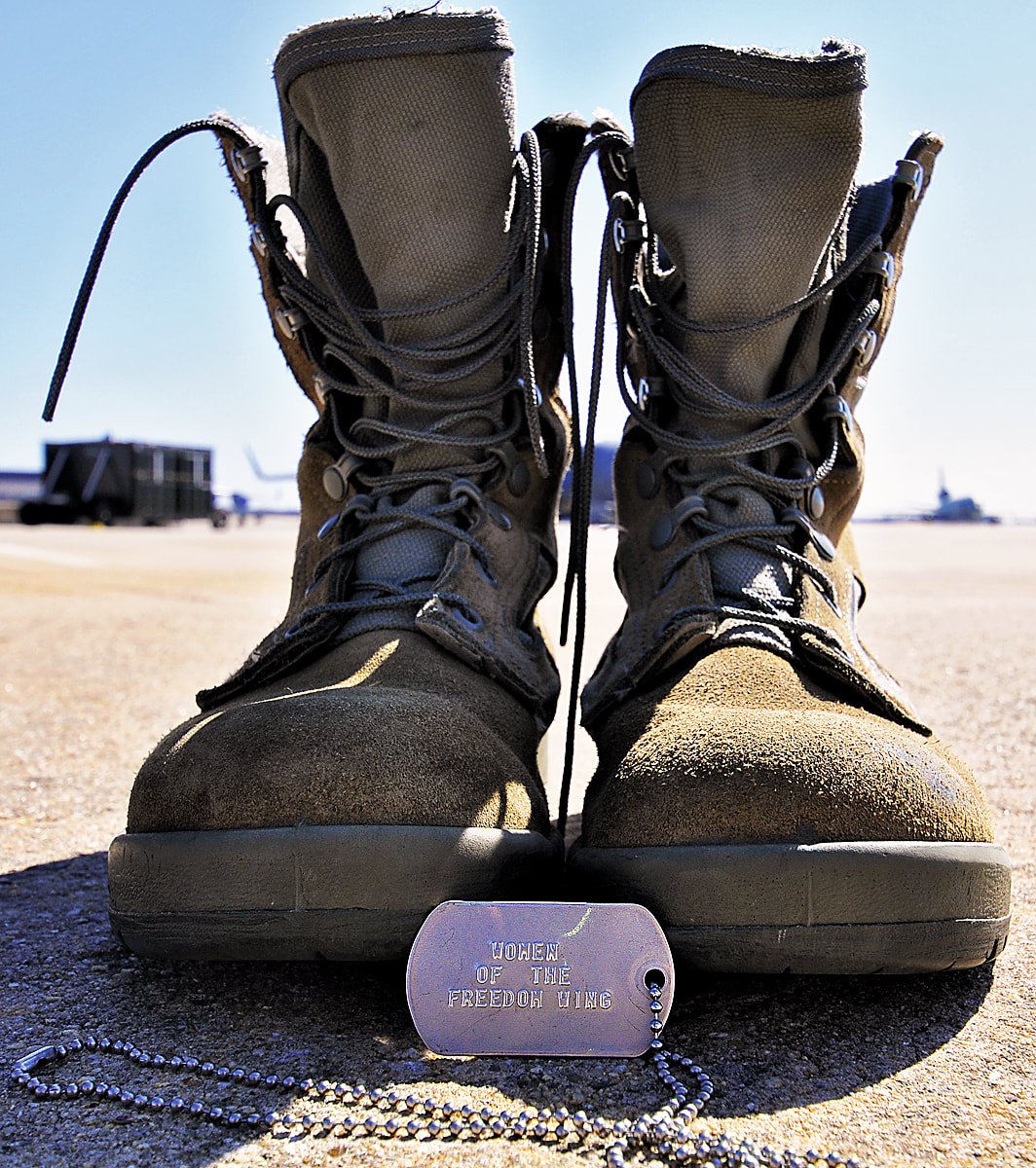 Careful How You Store Footwear In Kabul
​But life on the base is no fantasy bazaar. “I hate the snakes and spiders” confesses the man who wears size 12 boots. “I’ve seen an enormous camel spider eating a lizard. Since then I have been covering the top of my boots with my socks at night, so nothing can crawl in”. In addition to extreme bugs, he also has to contend with the extreme weather. “When I first arrived the heat was almost unbearable, but luckily it has been getting cooler.”

The Scotsman is also confused and bewildered that “there hasn’t been any rain at all!” He also finds the lack of scenery “maddening. It’s just miles and miles of sand… no it’s not even sand, it’s just dust. And it gets everywhere.”

Jack prefers snow. “I absolutely love Christmas” admits the big man. “Everyone takes the piss, but I don’t care.” For the past two years Jack has volunteered to dress up as Father Christmas and wave at kids in hospitals from a Sea King helicopter. But he won’t be doing it this year. He isn’t due home until January. “I won’t be home for Christmas. I’m not looking forward to that” he says, “to be honest I try not to think about it.” He marks off every day on a calendar, so although December 25th will be a particularly difficult day to cross off, at least he’ll know he’s a day closer to home.

“Everybody is always asking about him back home” says Diana. “Friends, neighbours and even the man who runs the teddy shop in town are always asking about how he’s doing in Afghanistan.” Royal Mail are delivering parcels to and from troops for free this year, so Diana and some of their friends are making a special package for him. “We’re sending him Christmas in a box. Everything from food to crackers - and even the silly hats. Anyone else would think it was bonkers, but Jack loves all that stuff.”

Then, for a brief moment, his loyal wife betrays him, “On some level I’m sure he’s relieved that he won’t be dressing up as Santa and hanging out of a helicopter this year …” she reveals. Apparently the brave Royal Air Force man is “afraid of flying!” ​
​

Yesterday two NATO soldiers were killed and three wounded in Kandahar when a convoy hit an improvised explosive. The nationalities of the casualties are yet to be disclosed. There is currently no way of knowing if one of them was Corporal McAdam.
​